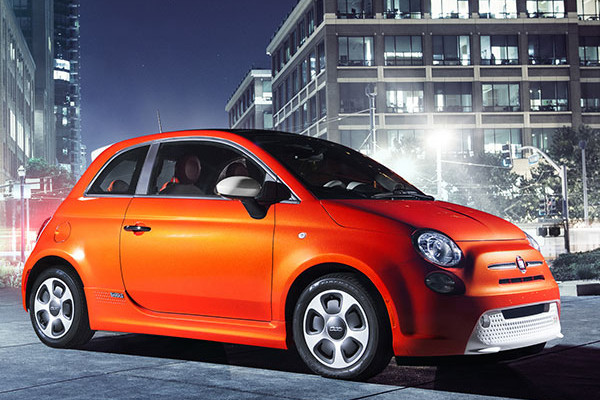 With its sportier engine and track-tuned suspension, the Fiat 500 Abarth pumped some passion into the Italian brand when it was added to the line-up last year. But what to do about those who wanted a convertible version of the Abarth minicar?

Not to worry. Fiat has pulled the wraps off its second convertible, the sportier Fiat 500c Abarth Cabrio, and despite the soft top it’s got the same, fast-beating heart of the two-door. That means the cabriolet will still make 155 horsepower out of the distinctive Fiat 1.4-liter MultiAir engine, though that kicks up to 160 hp in Sport Mode, and 174 pound-feet of torque. Both Abarth models are offered exclusively with 5-speed manual transmissions.

Not sure how to use one? No problem, as both the Abarth Coupe and Cabrio come standard with a free day of track driving and instructions from the Richard Petty Driving Experience.

The Abarth Cabrio adopts the same rollback roof as on the standard Fiat 500c convertible. It’s not quite the same open air experience as you’ll get on more traditional convertibles, more like a windshield-to-decklid sunroof, but it’s a simple-to-operate system that can be rolled halfway back at speeds up to 60 mph, and folded completely away at speeds up to 50.

And unlike conventional ragtops, the Fiat 500c Abarth maintains the same trunk space as the coupe model.

Beyond some subtle exterior cues, including the classic scorpion Abarth logo, the ride height is lowered and there’s a distinctive Abarth rear diffuser and dual exhaust, also found on the coupe version.

The Abarth version offers three electronic stability control modes, including a full-off position that’s perfect for track driving. While Fiat has yet to disclose performance numbers, the Abarth coupe has been generating 0-60 mph acceleration times of around 7 seconds in published reports, three seconds quicker than the base Fiat 500, and the Abarth Cabrio shouldn’t be far behind the coupe considering it only gains 33 pounds.

Look for the Fiat Abarth Cabrio to roll into U.S. showrooms during the first quarter of 2013. Pricing has yet to be released, but considering the Abarth Coupe carries a premium of several thousand dollars over the standard Fiat 500 coupe at $22,700 (including delivery charges), that’s likely to hold true for the Cabrio.