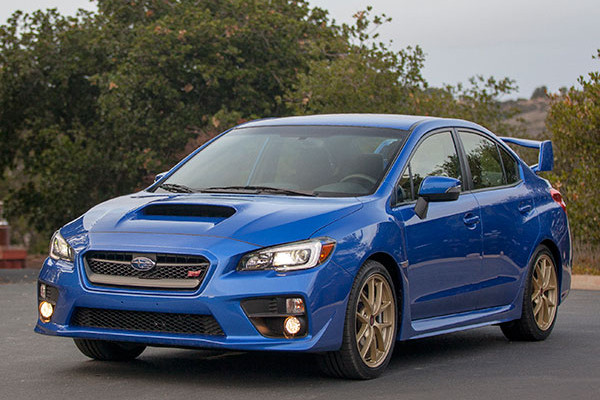 Setting itself apart from the WRX, the 2015 Subaru WRX STI uses a stiffer chassis, firmer springs and quicker steering, the latter of which is still controlled hydraulically, unlike many contemporaries that are switching to electromechanical systems.

Disappointing to some, however, is that the 2015 Subaru WRX STI keeps the same engine as the outgoing model, a 2.5-liter turbocharged flat four-cylinder that makes 305 horsepower and 290 pound-feet of torque. As before, the sole transmission choice is a 6-speed manual.

That's not to say this is the same old STI in new packaging. Along with revised steering and suspension, the 2015 Subaru WRX STI uses a new Active Torque Vectoring system on the front axle, which helps to improve balance and performance when accelerating through a corner. These updates promise to make what just might be the best-handling STI to date.

The 2015 Subaru WRX STI is available only in a four-door sedan model. Subaru says it has no immediate plans to give hatchback enthusiasts any love with a five-door variant. The sedan goes on sale in April 2014 with a base starting price of $34,495.