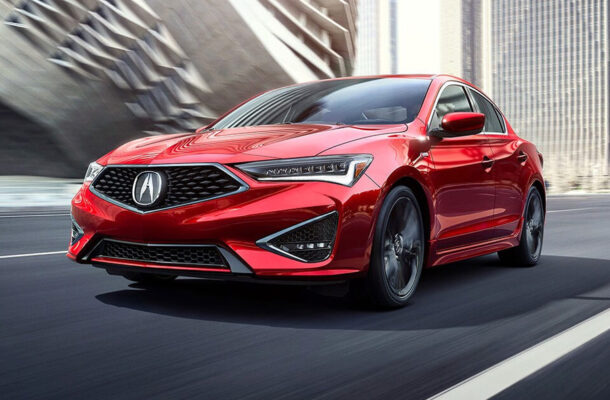 Beneath its smooth skin lies the running gear of the last-generation Honda Civic. Acura has kept the ILX fresh with a mild makeover in 2018. Little has changed for the 2020 model year. All told, the 2020 Acura ILX isn’t dramatically different from the introductory model, which debuted for 2013.

Only one trim level is offered, but the 2020 ILX can be equipped with either a Premium or Technology option packages. Acura also offers an A-Spec option group, which incorporates a variety of sporty appearance details, inside and out. A-Spec sedans roll on larger (18-inch) wheels, but the collection of sporty elements has no discernible impact on handling or performance. The A-Spec group is available only when coupled with the Premium or Technology package.

Every ILX contains a bountiful suite of active-safety and driver-assistance technology. Standard features include automatic emergency braking, adaptive cruise control, and active lane control. All but the base model also have blind-spot monitors.

Crash-test scores from both federal government and independent testers have been good, but short of perfect. The NHTSA gave Acura’s ILX a five-star crash-test rating overall, and for side-impact. Only a four-star score was achieved for frontal collision, as well as rollover resistance (a calculated figure).

Prices do not include $995 destination charge.

Even though its basic shape dates back to 2013, with underpinnings stemming from Honda’s 2012 Civic, the ILX shares its family looks with Acura’s larger sedans and crossovers. Standard LED headlights flank a large, angular grille. Recent updates have kept the compact four-door fresh and attractive.

Though not quite luxurious, the well-crafted, nicely-finished ILX interior makes use of solid materials, appropriate for the class. While reasonably priced, the base model is rather sparsely equipped.

Stepping up a worthwhile notch, the $1,750 Premium package adds Apple CarPlay and Android Auto compatibility, along with an 8.0-inch touchscreen and leather upholstery.

The ILX’s front seats are comfortable, but lack head room for taller drivers. Largely because of the standard moonroof, the low roofline can allow some heads to brush the ceiling. The standard upholstery is synthetic leather, and the driver’s seat features eight-way power adjustment.

Head clearance is even more restricted in the rear, measuring only 35.9 inches, versus 38 inches up front. Rear-seat leg room is decent for a smaller sedan

The ILX’s dash sits low and it’s somewhat cluttered. In base models numerous buttons control the basic audio system. Better-equipped versions get a touchscreen that substitutes for most of those buttons. On models with the Premium package, the dual-screen infotainment system features Apple CarPlay and Android Auto compatibility.

Despite a shortage of refinement, the 2020 Acura ILX is a willing performer. Revving freely to its 6,800-rpm limit, the ILX’s spunky inline-4 engine promises spirited acceleration under most conditions. The 8-speed dual-clutch automatic transmission is delightful, whether left in automatic mode or controlled via steering wheel-mounted paddles.

Even though the suspension is tuned toward daily commutes more than breezing through meandering byways, the ILX has a pleasantly athletic feel. Light steering tends to filter out road feel, but the soft ride adds to commuting comfort. With the 18-inch alloy wheels included in the A-Spec package, the ride isn’t as soft, but it’s still reasonably quiet at highway speeds, thanks to extensive sound-deadening material.

The 2020 Acura ILX provides luxury-car amenities on a budget. Though the base ILX lacks a few features often found in its class, the reasonably-priced Premium option turns the base ILX into a more substantial luxury automobile. Acura deserves credit for making a strong complement of active-safety features standard.