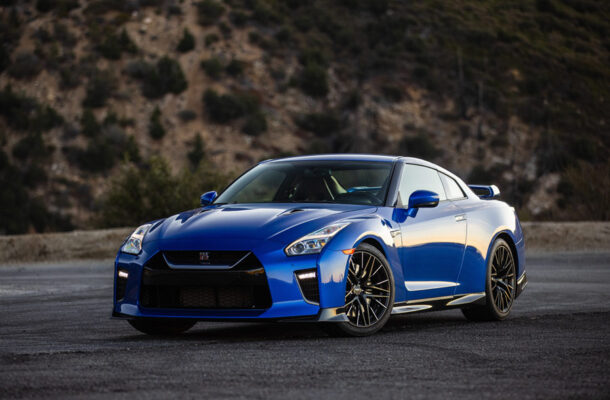 It’s easily overlooked these days, but yes, Nissan does still build the GT-R, a high-performance, all-wheel-drive exotic car. Pricing has spiraled with horsepower, but make no mistake: this big coupe is still stunningly quick and enormously grippy.

As usual, the GT-R sees no major changes for 2021. The biggest shake-up is the elimination of the two middle trim levels, the Track Edition and the 50th Anniversary Special Edition. That leaves just the base Premium and the track-ready Nismo.

Every GT-R continues to use a twin-turbo 3.8-liter V-6 that churns out 565 horsepower and 465 pound-feet of torque in Premium trim and 600 horsepower and 481 lb-ft of torque in Nismo models. Those numbers don’t impress like they used to thanks to the general horsepower creep of recent years, but the standard launch control and all-wheel drive wring out every ounce of the GT-R’s power. Both states of tune can do 0-60 mph in just 2.7 seconds.

As expected, the GT-R’s gas mileage isn’t the greatest. The EPA rates both versions for 16 mpg city, 22 highway, and 18 combined. Automatic emergency braking isn’t available, and the GT-R hasn’t been crash-tested.

Buying a GT-R is easy. The base model is the Premium, which starts at $115,235. Standard features include leather upholstery, dual-zone climate control, power seats, an 8.0-inch touchscreen, a head-up display, and a digital instrument cluster.

The Nismo model nearly doubles the price of the base model, starting at $212,535. Its upcharge brings copious amounts of carbon, highly bolstered Recaro seats, Alcantara and suede upholstery, carbon-ceramic brakes, and an upgraded suspension.

The GT-R is all hard angles, strong creases, and a big angry maw. From most angles it looks like it drove straight out of a Japanese anime. The rear end might be the only angle that doesn’t give off those vibes; its four round taillights instead suggest the GT-R’s heritage. The massive flared fenders recall ancestral models as well.

The Nismo model doesn’t do much to make it look more sinister, not that the base model is lacking in that regard. It does add plenty of extra carbon fiber and a bigger spoiler, though, which gives it a track-ready ethos.

The racy, bold exterior design doesn’t translate to the interior, which is more Nissan Maxima than maximum style. Luxury is in short supply, both in terms of features. Build quality is good but not six-figure good.

Every GT-R gets an 8.0-inch touchscreen that includes navigation as well as Apple CarPlay and Android Auto. The system works well and is in line with the times.

The seats might be the highlight of the interior. Comfortable, well-sized, and perfectly bolstered, these thrones allow drivers to drive to the racetrack, set a few lap records, and head home without touching the power adjustments. They add a degree of livability that is often missing in other bona fide exotic cars.

The presence of a small back seat is also a nice touch that can come in handy during the day-to-day. Yes, it’s small. But most competitors skip a back seat entirely, so having the option to stuff a couple extra passengers into the GT-R is a boon.

The cargo area is limited at just 8.8 cubic feet, but it beats out many of its space-challenged competitors.

Fast. Scary fast. That’s the motto of the GT-R, which has far more thrust than its 565 or 600 horsepower suggests. Even without engaging launch control, the 3.8-liter twin-turbo V-6 shoves passengers into the back of their seat with vengeance. The speedometer quickly reaches triple-digit speeds and will keep climbing if the driver doesn’t back off the accelerator.

The only transmission offered is a 6-speed dual clutch automatic transaxle that is mounted in the rear of the car; it was relocated to the back for weight distribution purposes. Eight gears are far more common than six gears these days, but this unit is a great example of not fixing what ain’t broke. Despite its age, the 6-speed snaps off shifts with almost violent intent. Standard paddle shifters allow drivers to take the responsibility of gear changes into their own hands.

The key to the GT-R’s performance is its all-wheel-drive system. Due to the rear-mounted transaxle, power must be sent to the rear before being rerouted back up to the front. It sounds inefficient, but the resulting grip is anything but. The GT-R feels superglued to the road. It practically goads drivers to take the next corner a little faster than the last.

Without the grip of this all-wheel-drive system, the GT-R wouldn’t be able to pull off its 2.7-second 0-60 mph time. Even when dumping all the power to the wheels, it doesn’t suffer from a moment of wheelspin. The tires simply hook up and fire this big coupe out of the gate.

The GT-R is an oldie but a goodie. Though its value proposition has eroded since its introduction in 2009, it continues to offer blinding acceleration and astounding grip. For anyone looking for raw speed and an analog experience, the GT-R remains an option worth checking out. Our advice? Stick with the base model and its far more reasonable price tag.